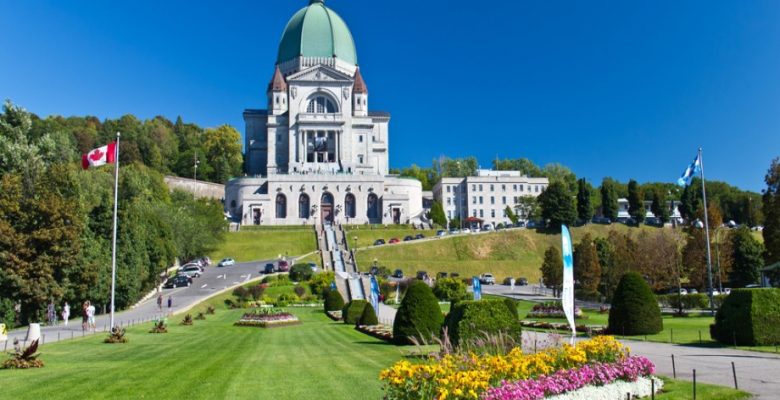 Morning trip from Toronto, to the Thousand Island tourist area, one of Canada’s three natural wonders of the “Thousand Island” style, take the luxury sightseeing boat (at their own expense), enjoy the world famous islands of the unique scenery, St. Lawrence River on the white sails, Blue waves, the size of the island on a variety of holiday villas, it is amazing. Sightseeing boat roundabout shuttle in the waters of the United States and Canada, to see the island of love and the United States and Canada to connect the shortest distance from the international bridge, Tianshui blend, such as fairyland as wonderful, enjoy the country’s well-known resort. And then travel to the Canadian capital of Ottawa, enjoy the scenery of the Canadian capital, you will see the magnificent Capitol Hill, feel the solemn atmosphere. After dinner, stay at the Ottawa Hotel.

After breakfast, visit the National War Museum of Canada, and Canada’s largest and most visitors to the National Museum of History. From the war between the indigenous inhabitants to the world war to the Cold War, the War Museum shows all aspects of Canada’s military history, holding up to 500,000 pieces, including Hitler’s Mercedes-Benz cars, tanks of different ages, artillery, etc. The While the Museum of History and Civilization allows guests to understand the history of human development and the formation of multicultural culture in Canada for twenty thousand years. And then to Canada’s second largest city – “North America, small Paris,” said the city of Montreal. Stay at the Montreal City Hotel, where you can stay in the warm and romantic French style, into the warm and never-ending city life. Upon arrival, proceed to the large-scale natural ecology museum, which has been converted from the Cycling Museum of the Olympic Building Gold Award, and a panoramic view of Monterey by taking the world’s only 45-angle tilt cable car. After dinner, stay at the Montreal Hotel.

In the morning, visit the largest Catholic church in North America – St. Joseph’s Cathedral, the church is located in the royal summit of Montreal, the magnificent, is the world’s most famous pilgrimage to the altar, known as the world’s second largest dome church, Dome up to 97 meters, second only to Rome’s St. Peter’s Cathedral. At that time, Andrew monks with light oil for many people to cure the disease, where the believers have become the focus of pilgrimage, each year from around the world to receive nearly a million visitors, and now can see a lot of people in the exhibition after a good stay Crutches and other items. After lunch, visit the ancient city of Montreal, where you can visit the “Notre Dame Cathedral”, the new Gothic Roman Catholic Church, and its architectural style with the Notre Dame de Paris But in fact the really peculiar spectacular is its magnificent interior decoration with numerous art collections. After dinner, stay at the Montreal Hotel.

After breakfast, drive to North America, the most European style, French romantic city of Quebec to enjoy the beauty of the city, the ancient city of Quebec, the ancient battlefield, all scattered seventeenth century beautiful European-style buildings at a glance, let you feel like being in the European town , And then to take you to visit as one of the United Nations world cultural heritage, the city of Fantikac Castle Hotel. This luxurious hotel has a magnificent facade with bronze rooftops, built in 1893, with 613 rooms, during the Second World War, Canadian Prime Minister Mackenzie, British Prime Minister Churchill and US President Roosevelt And other allied leaders, had discussed the Norman landing plan and held a coalition meeting. In the evening, enjoy the special feast of Quebec, the continuation of the colorful French feelings. Stay in the Quebec hotel.

In the morning, waving goodbye to Montreal, return to Canada through the ancient capital of Kingston, visit the old congress building that is now the city hall, car Canada’s famous Queen’s University and the Royal Military Academy, about dusk before returning to Toronto. End a pleasant holiday!

The old congress building, the Queen’s University and the Royal Military Academy.

• 25% of the scheduled fee for the day is charged as a deposit and the deposit will not be refunded once the payment is made.

• The remaining balance is payable 90 days before departure.

• You can not change the hotel and confirm your stay. Please do not make any refunds.

• Tuition and hotel upgrade surcharges may be adjusted at any time due to various factors.

• If you register for the Senate (including 30th day) by June 30, the Company may deduct 500 Canadian dollars from the tour fee as the Early bird rate.

• If you introduce 3 or more guest delegations, the company may give the counterparty appropriate discount as a discount.

• If you introduce 5 or more guest delegations, the company can reduce the 50% of the tour participants as a discount.

• If you introduce 10 or more guest delegations, the company can deduct 100% of the tour participants as a discount.

• Changing the Senate Any information will be charged $ 50 per change fee. Such as: change the location on the train, the date of the group, the number of participants (room reduction), flight information.

• 7 days before departure (including 7 days) or after the start of the trip does not accept any changes (including room type, tourism projects, etc.), or deduct all the tour fee.

• If there is any change within 14 days before departure, the Company will not make any refunds.

• The company reserves the right to cancel the itinerary due to the insufficient number of participants in its and other circumstances.

• The Company is not responsible for any expenses or damages arising from your dispute with a tour group supplier or a third party.

• The company reserves the right to change the itinerary for the benefit of the group. If there are any casualties or other losses (including loss of baggage and property) during the itinerary, it shall not be covered by the Company as a basis for the basis of the regulations laid down by the operating companies such as airlines, hotels, restaurants and buses. The Company will not be liable for any delay due to weather, road, machinery and other conditions. Recommended to buy travel insurance, more than a travel guarantee.